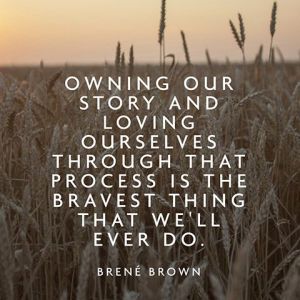 Sometimes I can see it coming-  when I’m tired, I haven’t run and work feels larger than life.

Much like Ellie’s tantrum over my denial of her candy request before dinner. Except it’s not about the candy. No that’s just the tipping point for a day full of pent-up anguish and frustration.

And so it was last night. A long day of travel and work; no chance to run and my mind swirling, trying to put things in its place that just aren’t ready for placement.

So when at 10:30pm I found myself locked out of my hotel room, standing face to face with a repairman telling me it would take them “some time” to repair the door that would let me into the room that held the promise of  5 hours of sleep before my early morning flight, I lost it.

Tears welled up in my eyes, my shoulders shook and the flood gates opened.

That poor repairman. The women standing in front of him in her black power suit, iPhone dangling from her hand, hunched over and crying about a hotel room door?

And in that moment he looked at me and said-

“You look tired Miss. It’s written all over you. It’s ok to cry”.

With those words he gave me the grace to acknowledge its presence and to sit in it.

No shame, no embarrassment.

I would like to say the tears dried up quickly but in reality they sat with me until well past midnight. But, the door did open and the promise of now 4 hours of sleep and the light of a new day with kisses from little girls and Starbucks coffee by the liter did eventually make it better.

And that man has no idea this morning what gift he gave me.

Standing in front of room 1068 at the JW Marriot Hotel Washington DC, this stranger gave me the permission, the reminder, that it’s ok to fall apart. In the end it felt not just necessary but good……